NACS (an abbreviation of Netronix Access Control System) was designed to control an access to guarded zones. Doorways between zones are protected by Netronix proximity card readers. 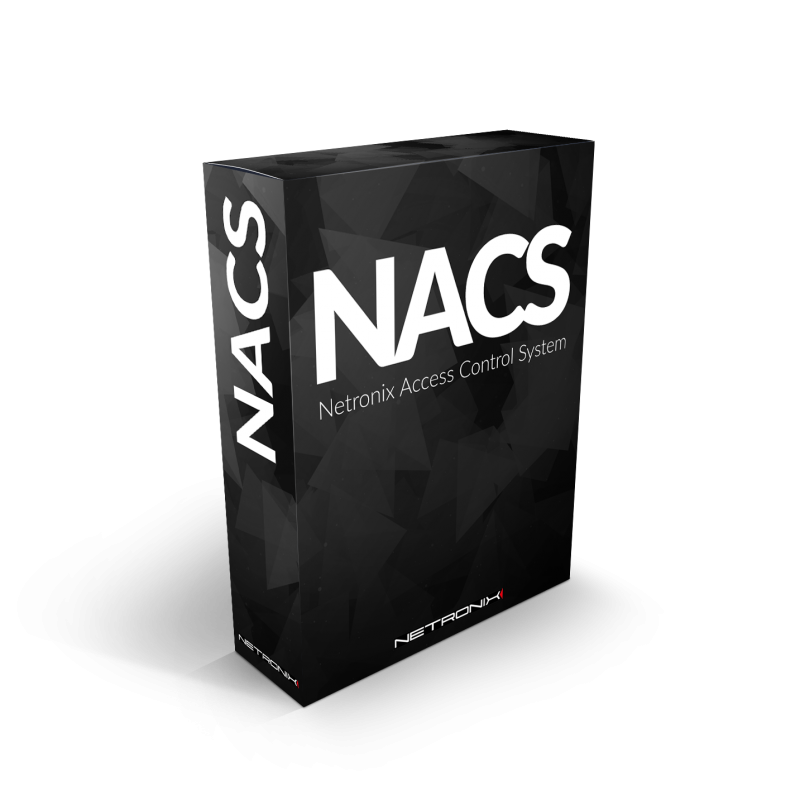 Hardware layer of the system is built of one or multiple sub-networks comprising readers connected to CAN 2.0B bus. Access to readers provide the TCP/IP ↔ CAN converters. The readers connected to bus are configured to read applied cards automatically and to send RFID unique identifier to system server via bus. Basing on received data and system configuration saved in data base, server makes a decision if to allow card holder to gain an access to zone protected by given reader. Using CAN bus for communication in reader sub-networks, we are sure that packet with read-out of the card sent by the reader will approach server via converter, thanks to lack of hardware collision of bus hardware layer. In contradistinction to RS-485 interface, the feature provides to us certainty that even though two devices are sending packets in the same moment, an addressee receives the packets sent. Using of CAN interface allows server to remain in stand-by mode for most of the time and intercede only in moments requiring reaction for a specific event. Thanks limiting of “traffic” in serial bus, there is a possibility to connect more readers to line, without necessity of using additional converters and with no fear of line overload. Important feature is that CAN interface alike popular RS-485 uses for transmission two-conductor line, and because of that the system can be used in existing network architectures which are adapted to work with RS-485 interface. 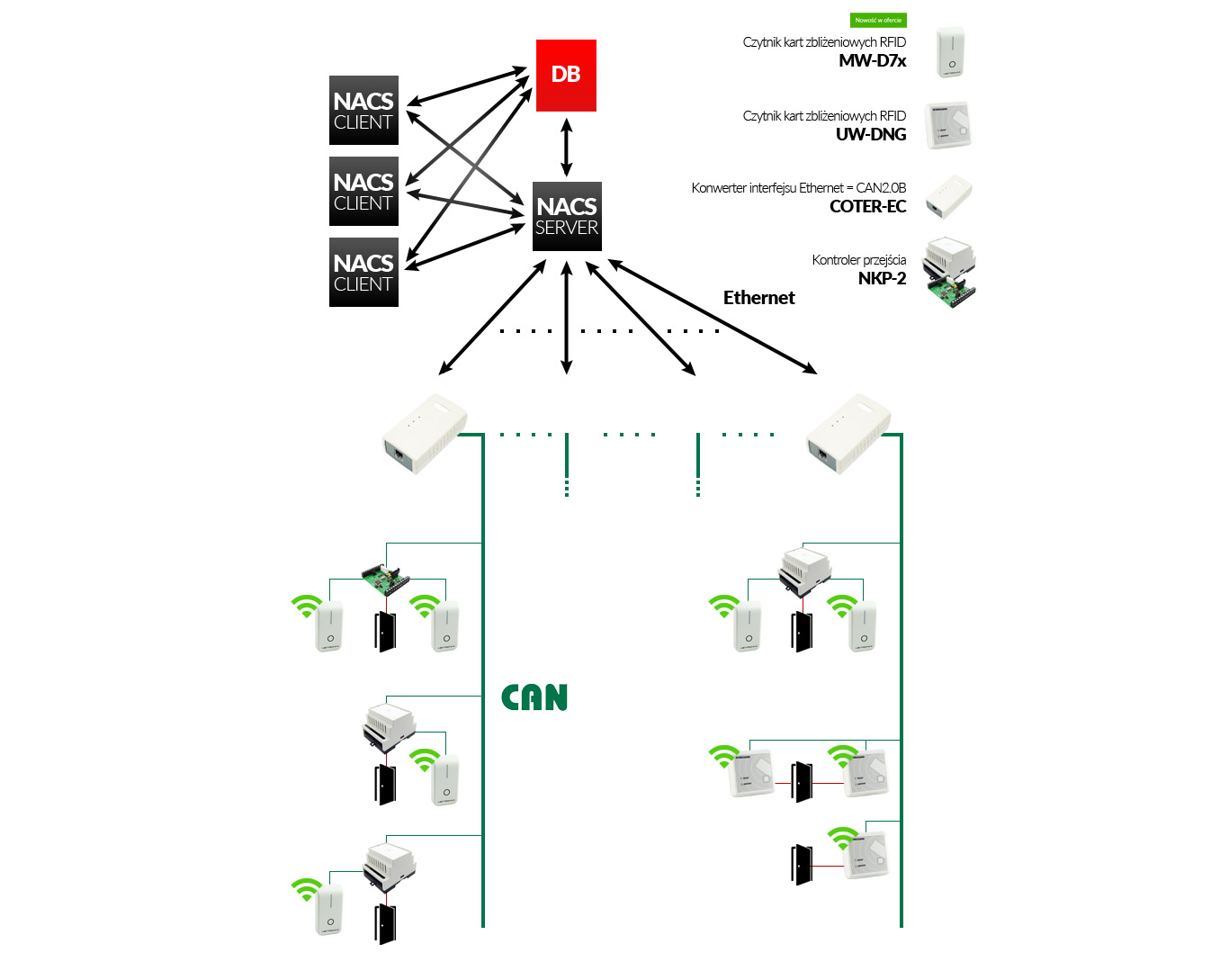 The NACS is centralized system, and all event massages from readers are sent to managing server, and this server decides which action is to perform by given device as a reaction. The result is that all operations are performed by the server, and user is able to monitor system status in real time and take proper actions. So we have a possibility to equip for example an object security guard with client application of NACS system to verify, if card applied belongs really to person which owns it actually.

System structure is based on:

Configuration of NACS systems is based on object definitions such as: device, user, card, zone and so on, which connected one to each other forming full system configuration. Actual access of given user to given zone depends directly on self connecting different objects. It enables system manager to flexibly lock or allow for an access to given zone or zones.

System also guarantee correct work of access control in case of lack of NACS server activity. Server cyclically check that if system configuration is consistent with the configuration saved in executive devices of system (UW-DNG) in case of its update, so the users in case of lack of connectivity with server, didn't feel any difference in switch system working mode from online to offline.

We are at your service for any questions related to our products.

Looking for customized version of this product?

Apart from the offer of universal RFID readers and modules available permanently in the offer Netronix provides RFID design services for individual customer requirements. This enables creation of RFID device to be tailored to the specific RFID application.

If you have any questions about design of RFID devices please contact us by e-mail at netronix@netronix.pl.

MW-D7 are RFID proximity readers with support of Unique, HITAG, Q5 i HID family cards and transponders, working on frequency of 125kHz. 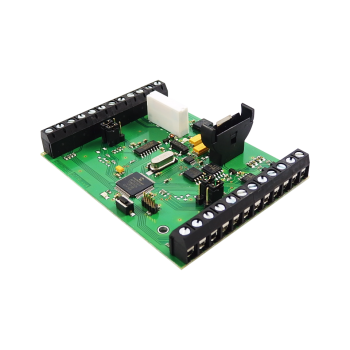 NKP-2 is a door controller built to work with the NACS access control system. 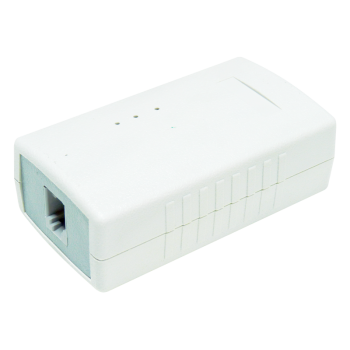 The COTER-EC device is used to convert signals transferred via Ethernet to signals of the CAN 2.0B serial interface.